Henri Henri offers the widest selection of the finest men’s Panama hats in Canada. These elegant hats are handwoven in Ecuador and offer unparalleled comfort and style for summer.

Out of stock
•••••
From Doctor Watson to Liza Minnelli, the bowler hat has become iconic, be it through fiction, cinema or the stage. The Chaplin Panama Hat offers a 100% Toquilla Straw version; Everything you need to have fun this summer! 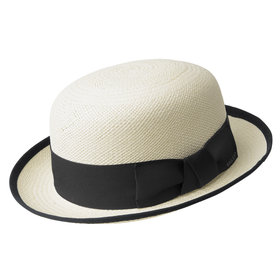 In stock
•••••
A Toquilla palm straw with a unique tie-dye finish in natural tones, a front crossed teardrop crown, a twisted natural rope band? This is Bailey’s Hinx Hat, one of the most Boho-inspired Panamas sold at Henri Henri’s! 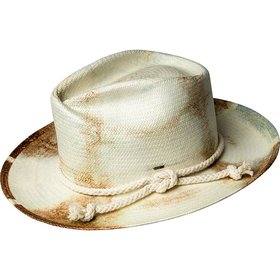 Out of stock
•••••
An ink-blue and white, unique tie-dye finish, a classic form with a trendy style, a slim ribbon and discretely contrasting bound-edge? These are all qualities you will find in Bailey’s Parson Hat, one of the most fashionable Panamas sold at Henri Henri’s! 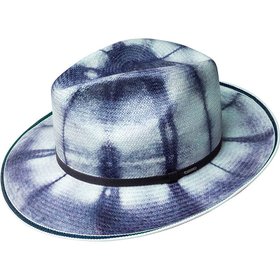 In stock
•••••
Borsalino’s Alexander Hat is a very high-quality Montecristi Panama hat sold at Henri Henri. Made of hand-woven, ultra fine Toquilla palm and decorated with a contrasting ribbon, this hat will provide both great style and excellent solar protection. 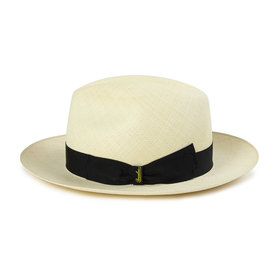 Panama straw hats have been hand-woven in the mountain ranges of Ecuador for centuries. They get their name from the numerous Ecuadorian workers who made the Panama canal. They spread their magnificent hand-woven straw hats to the rest of the world, which became a staple of classic summer headwear.

How to Recognize a Genuine men’s Panama Hat

There are a couple of ways to tell if a hat is genuine Panama.

The foremost is to pay attention to the weave of the straw. If you look at your hat from the top, you will notice that the weave starts at the center of the crown and unfolds into a series of concentric circles.

Genuine Panama hats are also identifiable by the brown ink stamp that marks their provenance. Often, it will be a crown in a circle, with the mention “Echo en Ecuador”. This stamp may be missing from your hat, as it is made after the weaving of the straw but before the finishing of the hat, which may include bleaching the straw and removing the stamp.

The weave is the best way to tell if a hat is genuine or not.

While genuine Panama straw hats must be hand-woven by indigenous Ecuadorians, their final shape and decorations are often set in the workshops or the greatest hatmakers. Hence, brands such as Stetson, Mayser, and Borsalino often purchase unshaped Panama straw weaves to shape and finish the hat in Europe or America, so as to give them looks that are specific to their brand identity.

Can I Roll my Panama Hat?

While it is true that some of the finest and softest weaves will allow you to roll your Panama hat, Henri Henri does not offer you such hats. Every genuine hat sold within our walls has grain and rigidity that allow hats to keep their crisp shape for a long time, which does not allow for the hat to be crushed or rolled. If you need to travel with your Panama, we strongly suggest you either wear it or store it in a hatbox.

How do I Clean my Panama Hat?

As a general rule, you should try to avoid using water as much as possible. A lot of dry stains can be dealt with by gently rubbing your Panama hat with a soft pencil eraser. You may also try gently rubbing the straw with a slightly damp cloth. If you are not sure how to proceed, do not hesitate to contact us for tips and tricks or to ask about our cleaning/reblocking service.